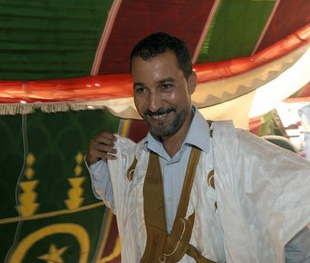 The declarations of the General Inspector of the Polisario police, Mustapha Salma Ould Sidi Mouloud in favour of the autonomy plan for the Sahara, reveal the state of mind prevailing among Sahrawis in Tindouf camps. A feeling that is making its way in the restricted sphere of the movement’s leaders controlled by Algiers.
To be convinced of this fact, it is enough to follow the constant and numerous rallying of hundreds of Sahrawis escaping from camps settled in Algeria to rejoin their families and relatives in Morocco. Since the beginning of the year, it is not less than one thousand people who have definitely turned their back to Tindouf camps still under control of the Polisario leadership and the Algerian military intelligence services.

Among these fugitives of the desert, there is a great number of young people who are fed up with idleness and Polisario pointless propaganda. We also notice more and more Sahrawis who were assuming responsibilities in the Polisario taking part in this rallying movement. The last one to have joined Morocco is the General Inspector of the Polisario police. Before him, it was Fateh Ahmed Ould Mohamed Fadel Ould Ali Salem, Chief of the Security referred to as the “third military zone”. And before these two senior executives, all a generation of historical leaders and founding members of the Polisario who became aware of the swindling made by Algerian instigators.
Today, the change happens more quickly. The call for return to the homeland reaches more and more Sahrawis. The League of the Partisans of Autonomy in the Moroccan Sahara, an organization opposed to the Polisario leadership, which has openly called for the breaking up of Tindouf camps, dispatches pamphlets at a large scale.