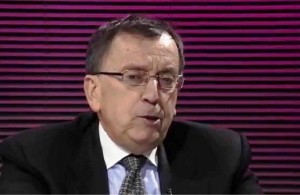 A meeting held Monday night in Geneva by some Polisario supporters hostile to Morocco to discuss “the application of international humanitarian law in the Sahara” turned sour for the organizers.

From the outset, French academic and writer Jean-Claude Martinez pointed out when he took the floor that the self-determination claimed by the Polisario for the Sahara is a concept dating back to the sixties and “runs counter to the current juncture.”

“What is happening today confirms the belief that it is imperative to avoid the emergence of micro-states with porous borders that could destabilize the Sahel-Sahara region,” argued the French university.

The organizers of this conference, which was attended, among others, by some Moroccan experts, were visibly very embarrassed by the viewpoints of Jean-Claude Martinez, the Belgian-Moroccan expert Latifa Ait-Baala and history professor Mejda Karimi.

The self-determination principle “dates back to the era of the decolonization of Africa and the recovery of the Sahara by Morocco is actually part of this process,” said Martinez. He added that the enlarged autonomy proposed by Morocco years ago is “a form of internal self-determination.”

If self-determination breaks up regions into small spots that can be easily destabilized, autonomy respects socio-cultural identities within the existing political stability, he said.

In the same vein, Dr. Ait-Baala, president of the Euro-Mediterranean Centre for Cooperation and Citizen Diplomacy, asked the panelists and the audience to wonder “if a one single UN report evokes a situation of occupation in the Moroccan Sahara.”

She further noted that the conference organizers are totally in contradiction with international law by trying to present arguments unrelated to history and to the reality on the ground.

For his part, professor of history at the University of Fez, Mrs Karimi Mejda, deplored that the organizers did not accept the participation of Sahrawi unionists in the conference although they form the majority of the Sahrawi population.

The inhabitants of the Sahara provinces are very attached to the advanced regionalization project initiated by Morocco and are already managing their own affairs through their elected councils, she said, adding that they enjoy their freedom and their civil rights in the political, economic, social, and cultural fields.

Mrs Karimi recalled that the autonomy plan proposed by Morocco draws its strength from historically established facts such as the allegiance “Bayaa” that Sahrawi tribes have always paid to Moroccan Sultans.

Some panelists, including Belgian university professor Eric David and Professor Marco Sassoli from the University of Geneva, admitted that they were not aware of some historical and legal aspects of the territorial dispute over the Moroccan Sahara and that they have finally understood that the Algerian regime has knowingly created the Polisario out of nothing and encourages the creation of a micro-state for hegemonic purposes.