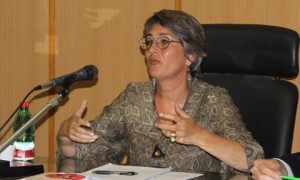 Many NGOs and international experts have decried in New York on Monday, before the UN General Assembly 4th Committee, the hegemonic schemes of Algeria in the region.

They have accused the Algerian regime of using the Polisario Front as a smoke screen to conceal its actual involvement in the territorial dispute opposing Algeria to its neighbor, Morocco.

In a session devoted to debating the Sahara issue with the participation of no less than 80 petitioners, speakers have argued that Algeria’s direct involvement in the conflict is dictated by the hegemonic and expansionist aims of a military-manipulated regime.

Algeria’s representative at the debate desperately attempted to contest his country’s involvement but his arguments failed to convince the audience or refute the evidence.

He finally found no better defense than claim that “no accusation against his country was acceptable from a procedural point of view.”

Yet, the debate went on. Expert in constitutional law, the Italian Eva Pfoestl, recalled in her petition that since the outbreak of the Western Sahara issue, Algeria has been the main actor in this conflict.

“Algeria is the largest supporter of the Polisario at the diplomatic, military and financial scales,” she said. “This conflict would not have existed without the direct involvement of Algeria.”

The international expert warned that “the creation of a puppet entity in the Sahara, protected by the smoke screen of the Polisario, could serve the interests of Algeria only.”

This country, which seeks at all costs to illegitimately tilt the balance of power in the region in its favor, went as far as granting part of its territory to the Polisario, the aim being the creation of a new entity in the region that is fully in thrall to the Algerian regime.

Many other speakers denounced the Polisario leaders and their Algerian accomplices for the massive diversion of humanitarian aid destined to the Sahrawis sequestrated in the Tindouf camps.

And as expected, such criticism fanned the Algerian representative’s fury.