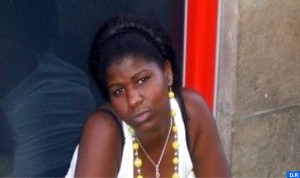 Polisario leaders struggle to hide all the ignoble crimes they commit, especially against defenseless women and children.

The latest cases of such wrongdoings are those of the two Spanish young women of Sahrawi origin, Mahjouba Mohamed Hamdi Daff and Darya Embarek Selma, who had been held against their will in the Tindouf camps.

The Mauritanian NGO “Memory and Justice” set up by former victims of the Polisario denounced the debasing treatment reserved to the two young women and insisted on the “cowardly exploitation of Sahrawi children” by the Polisario to gain the sympathy of civil society worldwide.

The chairman of this association, Mohamed Vall Alghadi, said the Polisario’s tactics consist in taking away children from their parents to force them to stay in the Tindouf camps if they want to see their kids someday.

Mahjouba and Darya who live respectively in Valencia and the Canary Islands with their adoptive families were forcibly prevented from returning to their homes after visits to their biological parents in the Tindouf camps.

For Alghadi “this painful reality (sequestration), perpetuated for years by the Polisario criminal leaders, is a form of modern slavery.” Unfortunately, these tactics enable the criminals to lay their hands on the windfall of international aid, he deplored.

Another association based in Las Palmas, the “canary-Sahrawi Forum” which groups Sahrawi and Spanish activists, denounced the kidnapping of the young Sahrawi women Darya and Mahjouba and blasted the “dictatorial conditions’ imposed by the Polisario on the civilian populations in the Tindouf camps.

The association argued that “this is neither the first nor the last case of sequestration” of girls and women in this no man’s land.

Mahjouba Mohamed Hamdi Daff was released and returned home to Valencia, after the pressure exerted by the Spanish Government and NGOs. Darya’s case is not settled yet and continues to mobilize many supporters. A “Free Darya” platform was posted on the web to pressure the Polisario and its Algerian mentors to release the young woman and let her return to Tenerife.