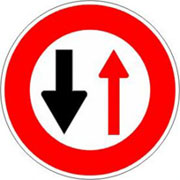 Being young in the Sahara today is not easy. In fact, in the Western Sahara, under the Moroccan administration, the young Sahrawis, although fed and educated by Morocco, and enjoy modern infrastructure, they have a revolutionary soul. Still angry, they dream of enchanted tomorrows. They are deliberately protesting against the established order, even rebellious and are willing to hoist, by challenge much more than by conviction, the Polisario colours and flag, while they ignore the hard daily realities of their brothers and cousins in Tindouf camps, where entire populations are imprisoned and indoctrinated for a cause of which they do not see the result.
In Tindouf camps, on the Algerian territory, the situation is obviously different as indicated by the organizations and the international NGOs. The camps and their population live in the utmost poverty and insecurity that are not susceptible to be blurred, subject to a delusional indoctrination and to a severe and humiliating military and police lock.

The young and old people live in fear awaiting for a denunciation, an arbitrary arrest or imprisonment, or a sudden and unknown posting. No more military parades, victory songs and illusions of the glorious Saharawi Arab Democratic Republic in exile.

After 36 years of fight and armed conflict with the powerful Moroccan neighbour, hopes to win have faded away. Within the Polisario Front, after the death of the historic leaders and the death of the revolutionary ideal that would have inflamed the whole region, things have been complicated because of internal disputes and fights, often fatal, among rival tribes and clans. The direction has curled up on itself and the movement, in order to survive and keep its troops and its grip on the camps, has devoted itself more and more to all kinds of trafficking and smuggling of weapons, drugs, money and human beings, by joining the existing networks and creating others, with the complicity of the Algerian militaries. It was easy since the region witnesses an intense activity with the GSPC Islamist movement, the Tuareg rebels of Mali and Niger and the local banditry. In all this, the young Sahrawis are lost, confesses a young Sahrawi settled in the Canary Islands. Idle and disillusioned, they do no longer believe in anything. They are lost in the empty and backward-looking slogans and speeches of the Polisario seeing themselves condemned to decay in a disinherited region and in an endless conflict that has devastated entire generations, and continues doing so.
Furthermore, with Tanzim al-Qaeda bi-Biladi al-Maghrib’s irruption in the region, many young Sahrawis are seduced by the Islamist discourse, as it embodies hope and flight of lyricism and Salafism of its preacher tenors. Some have already joined the organization and are undergoing training in the Islamist military training camps, located on the borders of Algeria, Mali and Niger. Others, less numerous, are already working in the guerrilla operations carried out by the Tanzim in Mauritania and throughout this critical area of North-West Africa.
Therefore, what future for these thousands of young Sahrawis deprived of their liberty, stateless, with no real identity, if it is not the official Algerian identity and with no true perspective, wonders another Saharawi, a student of sociology in Malaga. It is certain that the Islamist ideology is on the crest and wins ground and the young Sahrawis are getting more and more sensitive. The Iraq, Lebanon and Palestine wars, as well as those far away in Afghanistan feed the ignited imagination of the young people and naturally push them into the arms of radical Islamist movements preachers, like the GSPC, Hezbollah or Hamas, and even small groups less known in the region. Trained and armed, they are a real threat of destabilization for all the countries in this part of Africa, from the Maghreb to the Sub-Saharan African countries.