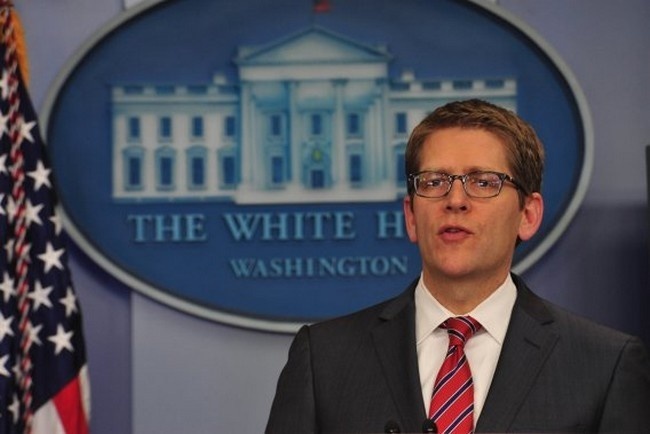 The Algerian regime and its protégé, the Polisario, suffered last week a bitter double diplomatic setback in the standoff opposing them to Morocco on the Western Sahara conflict.
After Panama officially withdrew recognition of the ghostly Sahrawi Republic (SADR), it was with great bitterness that the rulers of Algiers, both civilian and military, had to hear the highest authority of the United States reaffirm Washington’s support for the autonomy plan that Morocco offers as a political solution to the artificial conflict created out of nothing by the late Algerian President Houari Boumediene and his clan with the help of the late Muammar Gaddafi.
On Friday November 22, while U.S. President Barack Obama was readying to receive at the Oval Office his Moroccan guest, King Mohammed VI, for a first tête-à-tête meeting between the two leaders, the spokesman for the White House, Jay Carney told a press briefing attended by the international media that Washington deems the Moroccan autonomy plan for the Sahara viable, serious, realistic and credible.

To make things worse for the separatist movement leaders and their Algerian mentors, the White House said that “the Plan represents a potential approach that could satisfy the aspirations of the people in the Western Sahara to run their own affairs in peace and dignity”.
These assertions that have been included in full in the joint statement issued after the meeting between President Obama and the Moroccan king have not only reinforced Morocco’s stand in the Sahara conflict, but have also put an end to the hope of Algerian officials and their Polisario henchmen who were expecting a change in relations between Washington and Rabat to the advantage of the separatist thesis.
After it lost the support of the ruling French Socialist party and the ruling Spanish rightist party, the Polisario’s few backers are the Algerian regime and to a lesser extent South Africa and very few other African and Latin American states which are more concerned about their own material interests with Algeria.
It is sure that Bouteflika’s clan, including the old generals, will end up giving up in view of the Moroccan and Algerian peoples’ strong brotherhood and shared interests. Meanwhile, King Mohammed VI has gained for his country precious scores in its diplomatic battle against Algeria.