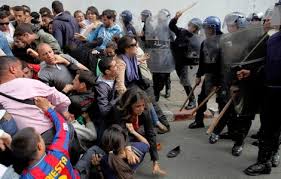 Algeria which applied for one of the 14 vacant seats of the UN Human Rights Council (HRC) is pinpointed for human rights violations.
In a letter to President Bouteflika, several regional and international human rights organizations, including Human Rights Watch (HRW) have criticized the Algerian government for its lack of cooperation with the HRC and its special procedures, and for its refusal to allow these organizations to visit Algeria and conduct their investigations in the country.
In this letter, which coincides with the meeting of the HRC to elect new members to the vacant seats, HRW and the other NGOs enumerate a long list of visit requests addressed to Algerian authorities which remained unanswered. Some of these requests date back to 1997 as the one made by the Special Rapporteur on torture.