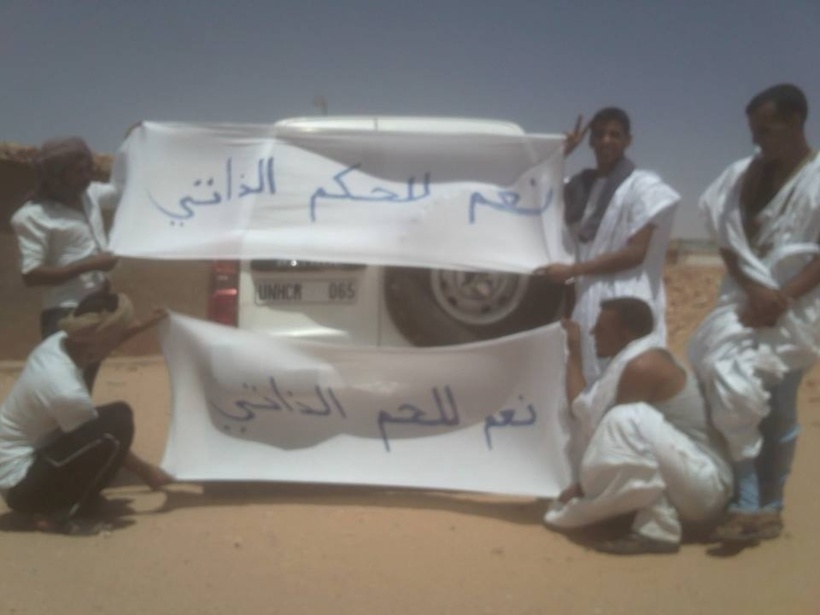 Tension rose a notch after the recent blockade imposed on residents of the Tindouf camps.  Hundreds of young demonstrators, including many activists of the underground pro-autonomy movement, flocked to the Polisario headquarters at Rabouni to express their dissatisfaction and anger after they have been banned from leaving the camps for several weeks.
A young Sahrawi dissident from Tindouf, Hamdi O.S., said over the phone that dozens of roadblocks were erected everywhere by the Polisario militia under the supervision of the Algerian police and military.
He said unless you have a pass, it is virtually impossible to leave the camps. You cannot even go to the nearby town of Tindouf to purchase fuel or food.
To express similar grievances last year, young Sahrawis had erected human roadblocks on all the roads linking the various camps and the city of Tindouf.
Given the persistence of the blockade, the acts of intimidation and the threats of punishment and retaliation against those who refuse to comply, some 400 young protesters gathered last week near the Polisario headquarters.

They were waving banners bearing in Spanish “Derechos y Libertad” (Rights and Freedoms), “Vergüenza” (Shame), “Sí has autonomia” (Yes to autonomy.)
Although the young protesters were violently dispersed by the Polisario militia, they returned the following day to stage a new sit-in at the same spot.
The tough repression exerted by the Polisario security agents resulted in the injury or arrest of an unknown number of young protesters.
In the absence of foreign media, most of the protests in the Tindouf camps are often nipped in the bud. The Polisario leaders respond quickly to such protests to avoid any leakage to the media.