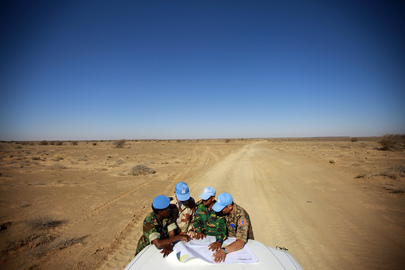 Abuses of all kinds and enforced disappearances are the daily lot for thousands of Moroccan Sahrawis sequestered in the Tindouf camps, which became over time an absolute no man’s land in the Algerian desert.
Just two weeks ago, five young Sahrawi opponents were chased and arrested by the Polisario security services and driven aboard a military pickup to an unknown destination.
In a terse statement, the Polisario leadership said the five young Sahrawis have been chased for more than two hours by a gendarmerie mobile unit that discovered in their vehicle smuggled products they were about to convey to Morocco. The statement omitted to mention that the Moroccan-Algerian border at the Tindouf camps level is exceedingly guarded and can hardly be crossed.

Obviously, these are mere accusations that are not supported by facts since the Polisario leadership does not give any details on the nature and quantity of the products seized nor on where they were seized.
It took a lot of time, investigation and patience for parents and relatives of the five young people before they found out that they were detained in a military gendarmerie barracks in Rabouni camp. The young Sahrawis were later on escorted by members of the gendarmerie, who disclosed their place of detention, to a military school where they are kept under strict watch.
This transfer was decided by the military security of the Polisario which feared demonstrations outside the gendarmerie barracks in Rabouni by the youths’ families and relatives from the Ouled Dlim tribe.
But according to a Sheikh from Ouled Dlim tribe, the Polisario security services often close their eyes on smuggling activities and other petty trafficking that allow a number of camp residents to survive. On the contrary, they are unflinching vis-à-vis the desperate young people who attempt to rally the armed terrorist groups of Al Qaeda franchise.
For the Polisario leadership, such attempts tarnish the separatist front’s image and impact negatively on the flow of food aid that is often embezzled by Mohamed Abdelaziz and his entourage, said the Sheikh.
Even so, every year, hundreds of Sahrawis manage to flee the camps to settle in Mauritania and Morocco or to rally terrorist groups in Sahel countries.