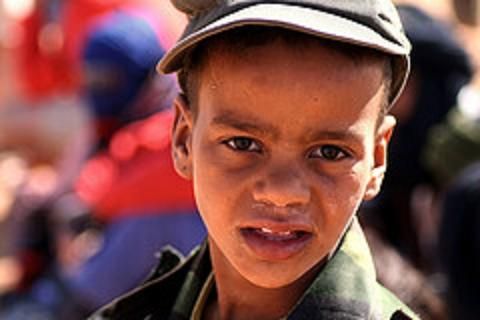 The White Dove, a Swedish NGO, is projecting to stage a demonstration in Stockholm next week to denounce the crimes committed against Sahrawi children in the Tindouf camps. The organizers of the event, dubbed “White Dove Operation” are planning to lay on February 11, in a symbolic gesture, two wreaths at the grave of Alfred Nobel and at the bronze memorial sculpture of Raoul Wallenberg. They are also organizing a rally of children accompanied by their mothers in front of the Swedish parliament on February 12, which is marking the International Day of the child soldier. The event aims to unveil “the awful crimes committed against Moroccan Sahrawi children, who are snatched from their families and deported to Cuba, the former Soviet Union, Algeria and Libya,” says the NGO in a statement released in Stockholm Monday. “These children were subjected to harsh military training and taught bomb manufacturing and weapons handling.” The NGO said the deportation practices in the Tindouf camps are essentially meant “to modify the identity of children exploited for political purposes, instil in them hate against their mother country, Morocco, and use them as a means of blackmail to force their parents to stay in the camps, swell thus the number of persons living in Tindouf and attract more grants and international aid.

” The organizers will call on this occasion on “peace, democracy and freedom loving forces to intervene and exert more pressure to put an end to the suffering endured by the Sahrawi children and their mothers, some of whom having been sequestered for over 37 years in the Tindouf camps, in blatant violation of all international charters and conventions.” White Dove also wants to sensitize the whole world to the sequestered mothers’ sufferings and to reveal to the