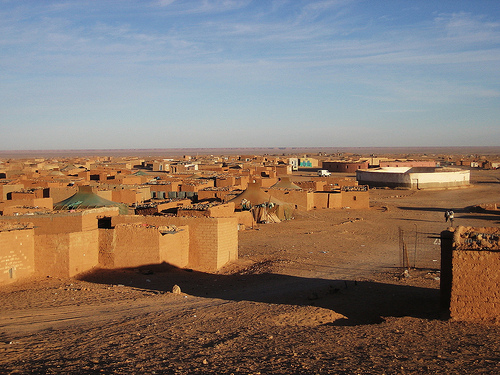 ceit and propaganda are the daily bread on which the Polisario Front leaders live and constitute the raison d’être of their separatist movement. A former leader of the Front who returned to Morocco in 1991 revealed before the European Strategic Intelligence and Security Center (ESISC) several truths on the dishonest and despicable practices of the Polisario leadership that has deceived the public opinion for so long. Abdallah Ould Mhamed Bouh, aka “Al Barazani”, has held several positions in the Polisario oligarchy, including that of political commissioner of the army. He was among the very first Sahrawis to rally the separatist movement in Tindouf (south -western Algeria) in 1974. He was then 18. In a recent testimony before the ESISC, he said the diplomatic campaign generously financed by Libyan and Algerian slush funds to snatch recognitions of the Sahrawi Republic “SADR” was a partial failure, since such recognitions are still very limited geographically. If Algerian and Libyan petrodollars have pressed on the leaders of some African and Latin American countries to recognize the SADR, the tactic proved unsuccessful in the Arab world and the Middle East, as well as in the former communist bloc, he said. Even the late Yasser Arafat’s PLO “never accepted to have any relations with us” (Polisario), and not a single country in the former Soviet Union nor China have officially recognized the SADR.

Mhamed Bouh who had been in charge of the Polisario propaganda before being elected member of the Politburo, talked about the instrumentalisation of the living conditions of the Sahrawis detained in the Tindouf camps. He revealed that when he was in charge of protocol in 1989, he used to supervise foreign delegations’ visits in the camps. A different scenario was worked out according to each delegation, he said. Visits of military training camps for women were thus planned for communist delegations while schedules of delegates of humanitarian organizations were limited to meetings where women and children would talk about their misery and dire living conditions. Delegations of social democratic obedience would be received by women completely dedicated to voluntary and social work, while an Iranian delegation would be welcomed by veiled, shy women. Actually, all these women were the same. They were just acting and changing roles in accordance with the instructions of the leadership. “We built a sham organization, able to show everyone what they wanted to see. It was a real moral fraud, but it represented what has become of the Polisario, “says Abdallah Ould Mhamed Bouh. Regarding humanitarian assistance, the former Sahrawi leader said that “the assistance granted to the camps is based on an estimated number of 165,000 refugees, but curiously, when it comes to the number of people having the right to vote in a would-be referendum, the Polisario drops the figure to approximately 75,000.” According to Bouh, none of these estimates is accurate. The number would rather range between 35,000 and 50,000 people, he said.