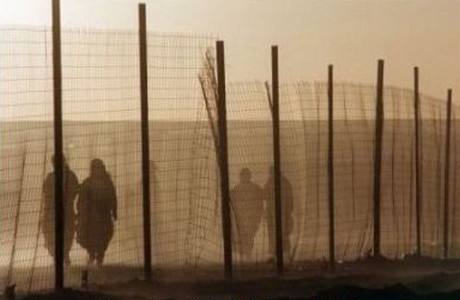 The frustration and despair prevailing in the Tindouf camps (south-western Algeria) push hundreds of Sahrawis to flee these precincts and to return to Morocco, as explained by many observers.
“The social disintegration and frustrations prevailing in the Tindouf camps are the deed of the Polisario leaders who impose a Manu-military control on these camps, drive leaders of the front to escape and arouse dissent among the population.” The comment came in a story published last week by Spanish writer and journalist Chema Gil in the e-journal “Globedia.”
The phenomenon of “mass exodus” of Polisario officials and Sahrawi refugees prompted the front leaders to order their militia to “be more vigilant and to abort any escape attempt from the camps to the southern provinces of Morocco,” says the Spanish journalist.

The Polisario leadership is so bothered by the phenomenon that it has asked the MINURSO and the UNHCR to suspend the family visits exchange operations between Tindouf and the Moroccan southern provinces, the journalist quoted informed sources as saying.
The Algerian army, police and intelligence services are backing the Polisario militia in its tougher monitoring efforts in the camps to prevent Sahrawis from fleeing to Morocco, the journalist wrote.
According to Chema Gil, several Polisario officials are eager to leave the movement and are just awaiting for the appropriate opportunity to do so.
The Polisario’s disintegration and the climate of frustration and exacerbation prevailing in the camps is a growing concern for Algerian  leaders, especially so as Algeria itself is facing a serious insecurity problem within its own borders, said Gil.
The Spanish commentator said that on the basis of reports by reliable sources in Tindouf, he believes that “the war in Mali will provide new evidence on the links between elements of the Polisario, terrorism and organized crime.”
Chema Gil’s story also surveyed the inhumane practices committed in the Tindouf camps by the Polisario with the complicity of the military and security authorities of the host country.
“In the Tindouf camps, demonstrations are prohibited, several cases of forced disappearance were reported, and cases of assassination and torture were documented. Those responsible (of these acts) are currently being pursued by the Spanish National Court, the highest jurisdiction in Spain,” notes the author of the story.
“We cannot accept, under any circumstances, the creation in the region of a failed state that would be easily infiltrated by international terrorism and transnational organized crime and that would endanger the safety not only of the Maghreb, but also of North Africa and southern Europe,” concludes the Spanish journalist.