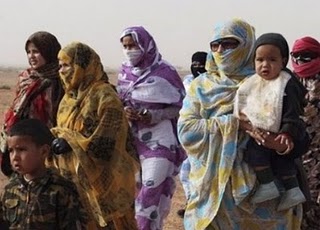 Why do some Sahrawis who benefit from the family exchange visits refuse to return to the Tindouf camps once they reach Morocco? Since the launch of this family visits program in March 2004 under the supervision of the UNHCR, some 185 Moroccan Sahrawis from 65 families chose not to return to the Tindouf camps and freely decided to remain among their relatives in the Moroccan southern provinces. The reasons behind this choice are exposed by one of these Sahrawis, Moulay Ahmed Ould Mohamed Lamine, who himself had decided during a recent visit to the southern provinces not to return to Tindouf and to settle permanently in Smara. This choice is dictated in most cases by these Sahrawis’ longing to put an end to the long years of pain and suffering they endured and to escape the many violations they are subjected to at the hands of the Polisario torturers during their sequestration on Algerian territory, he explained. Most of those who are still being held against their will in the Tindouf camps “clearly refute the separatist thesis” and yearn to reunite with their families in Morocco, he went on to say.

Mohamed Lamine, 42, who has long suffered from ill-treatments and abuse of all kinds, underlined that these Sahrawis’ choice is in itself “a telling story about the tragedy of the people sequestered in the Tindouf camps,” where living conditions are worsening day by day. For Mohamed Saleh Ould Sidi Al Alem Al-Idrissi, one of the notables of a Sahrawi tribe from Smara, returning to Morocco remains the appropriate opportunity to escape the ordeal of the Tindouf camps. The dynamics of ongoing development in the southern provinces strengthens the UNHCR program beneficiaries’ choice to remain permanently in Morocco, he said. In this vein, he called for the settlement of the artificial dispute over the Moroccan Sahara and for lifting the blockade imposed on Moroccans sequestered in the Tindouf camps.