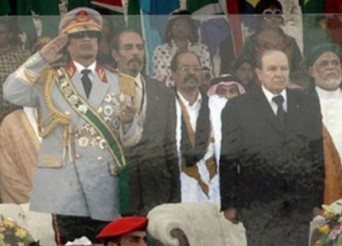 The media of the Canary Islands have started discovering the true nature of the Polisario leaders and the extent of the abuses they commit in the Sahrawi refugee camps of Tindouf.
In a new story entitled:”The Polisario disintegration”, the daily paper “El Dia” writes that the Polisario, which is, as it has long been known, a puppet in the hands of Algeria, became a mercantile company under the orders of Mohamed Abdelaziz.
In his column”Criterios”, published on Saturday, journalist Ramon Moreno asserts that the “unexpected” resignation of the Sahrawi Minister of Cooperation, Haj Ahmed Berkalla, has aroused several questions on the international scene and evidenced that more and more voices were rallying the young Sahrawi democrat opponents, who include singer Najem Allal, his fans and close friends.

These young opponents accuse the Polisario leaders of blocking the negotiations on the future of the Sahara and of serving nothing other than Algeria’s political agenda in the region, the journalist said.
Najem Allal and his companions had been brutally dislodged by the Polisario militias from the tent that they had set up in Rabouni to protest the Polisario leadership’s conduct. Fearful of the potential danger represented by this tent which became a meeting spot for the young Sahrawi opposition, Mohamed Abdelaziz ordered its immediate dismantling and the dispersion by force of its occupants to the dismay of the populations of the Tindouf camps.
Najem Allal, already very popular in the camps, became a star of the revolution since he dared to criticize openly the repressive practices of the Polisario leaders and their militias. His new album entitled “youth for change” was a great success, but the Polisario security services prohibited the sale of the album.
The young protesters, member of the “Sahrawi Revolutionary Youth” movement, have also repeatedly denounced the expulsion to Mauritania of Mustapha Salma, a former senior executive of the Polisario.
Mustapha Salma had been expelled from the Tindouf camps because he voiced publicly his support for the Moroccan Autonomy Plan for Western Sahara.
However, despite these intimidations of all kinds, the young Sahrawi protesters are determined to challenge all dangers to recover their rights and enjoy their freedom of expression and movement.