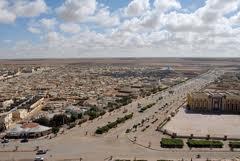 Morocco, through its regionalization project, provides to all Moroccan Sahrawis settled in the Tindouf camps a new opportunity to go back to their motherland  with dignity.
Calls in this respect have just been launched to the attention of the Sahrawis of Tindouf and in the first instance the Sahrawi young people who have never set foot on the soil of their country of origin and who ignore the reality on the ground, as the only thing they know about their country of origin is the distorted image presented to them through the propaganda and indoctrination programs devised by the Polisario leaders.
The advanced regionalization planned by Morocco constitutes an extended hand and an open heart reaching out to the young Moroccan Sahrawis of Tindouf who want to go back to their homeland with “their head high”, sources from the Upper House of the parliament said.

The regionalization project underway is likely to solve the artificial Western Sahara dispute while allowing the Sahrawis to run their own affairs in a legal framework guaranteeing an elected parliament, an elected regional government and the prerogatives to run all matters, with the exception of Foreign Affairs and Defense.
The new Constitution provides, in the chapter on regionalization, all the material, human and legal means so that the inhabitants of the Moroccan southern provinces can govern their region in freedom and democracy within a united Morocco and in the framework of Moroccan sovereignty.
The advanced regionalization project is a strategic choice which places the citizen in the core of the country’s social and economic development and at the center of the deep changes taking place in the Kingdom, the same sources said.
The calls to return home have certainly had a resonating echo in the camps of Tindouf. Now, will the Sahrawi populations, that have been sequestered in the Tindouf camps for more than 36 years, succeed to break up the blockade imposed on them by a small group of separatists who have been tyrannically running the camps under the orders of an Algerian military oligarchy, fiercely opposed to any political solution of the long lasting Western Sahara conflict? That is the question.