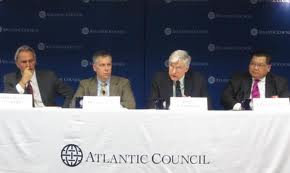 The serious turn of events in Mali makes it all the more urgent to settle the Western Sahara conflict in order to prevent that the whole Sahel-Sahara region slides into chaos. For experts, Mali is today a country of major concern, after Libya, where the armed rebellion against the former regime gave free rein to the circulation and trafficking of weapons in the Sahel region, extending from Libya to Mauritania, going through Chad, Niger and Southern Algeria.
The Malian crisis, aggravated by the involvement of Tuareg rebels and jihadists of AQIM, Al-Qaeda’s franchise in North Africa, of the Militant Salafist group Ansar Al-Din and of MUJWA (Movement for Unicity and Jihad in West Africa), makes it all the more urgent to find a definitive solution to the Sahara conflict, falling in line with the changes underway in the region, said J. Peter Pham, director of the US think tank, Atlantic Council’s Michael S. Ansari Africa Center.
“The security concern is all the more great as the collusion between AQIM and elements of the Polisario is based on pragmatic considerations rather than on imperatives dictated by an ideology “, said the US pundit, during a conference held in Washington by the Moroccan American Center for Policy (MACP). Peter Pham, author of several essays on conflicts in Africa and on Al-Qaïda, explained that AQIM often resorts to the “trained fighters” of the Polisario to ensure the success of some of its operations, such as hostage taking and forced payment of ransom, targeting western nationals in particular.

He mentioned among others the case of a former official of the Polisario, Omar Ould Sid Ahmed Ould Hama, alias “Omar Sahraoui”, who joined the ranks of AQIM and participated in kidnappings in the Sahel. He also recalled the case of the three aid workers- two Spaniards and an Italian- who were kidnapped by AQIM militants, aided by Polisario members, inside a camp administered by the separatists in Tindouf.
“This new Modus Operandi is now applied in Northern Mali where the black flags of Al-Qaida are flying in the cities of Gao and Timbuktu”, he warned. AQIM and the other terrorist networks are strengthening their rear bases in the Sahel, and in particular at the border zone between Mali and Algeria, where large quantities of Libyan weapons have been shipped.