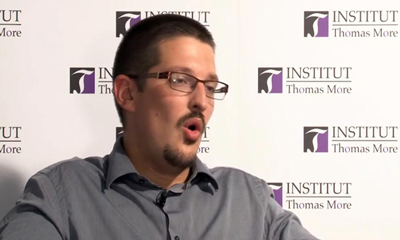 At the time when the inter-Maghrebian relationships are getting warmer after having been affected by the Western Sahara issue, the leaders of the five countries should show proof of imagination to settle this conflict at their level. This is the idea advanced by Antonin Tisseron, a researcher associated with Thomas More Institute, a think-tank based in Brussels. The on-going revival of the Arab Maghreb Union, he believes, is a “necessity” at the time of the Arab Spring and autonomy remains the “most realistic” solution to the Sahara conflict. “Today, while the war with the Polisario was military won by the Moroccan armed forces during the 80s and that the executives of the movement have tended to become drug traffickers, this solution remains the most realistic to put an end to the conflict”, comments Tisseron.

This solution allows also, according to the author of the second report published by Thomas More on “the sustainable security in the Maghreb”, to conciliate the principle of territorial integrity of Morocco with the aspirations of the Sahrawi populations, while coming with an answer to the human situation in Tindouf camps. Besides, the same report describes the situation and the nature of challenges, existing at this stage, facing the countries of the region, one year after the Arab Spring and at the time when the Maghreb Arab Union project seems to rise from its ashes. Besides the economic and social challenges that the Maghreb countries, namely Tunisia and Morocco, should take up, with an important assistance from the European Union, the researcher Tisseron believes that “the stakes of (Maghrebian) integration is so important that the economic and social improvement is a prerequisite to answer calmly to the challenge of democratization and reduce the attraction of illegal traffics for young people worried about their future”. The writer evokes another worrying element, the one regarding terrorist groups present in the region, and particularly the fighters of Al-Qaida in the Islamic Maghreb who may try “to rely on protesting”. Nevertheless, Tisseron warns that the setting of a solid and sustainable  intra-Maghrebian cooperation remains dependent on the political will and the capacity of the five states to turn the page of their rivalries, starting from Algeria and Morocco, about the Sahara conflict. The region, he suggests, has “everything to win not to make of the latter a necessary condition for the reopening of the frontiers between the two countries and the Maghreb Arab Union revival”.