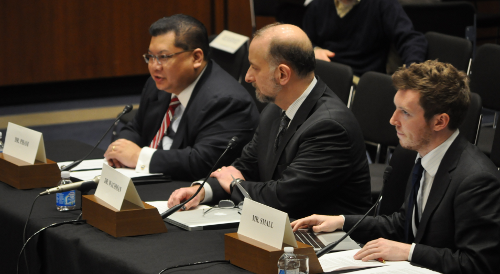 Stability in the Maghreb, in the Sahel and in the Sub-Saharan Africa has become seriously fragile these last years with the appearance of new terrorist networks. The situation has become serious with the appearance of concrete proofs of a revealed collusion between the Polisario and the terrorist group of Al Qaida in the Islamic Maghreb (Aqmi). The last act was the kidnapping on last 23rd October of three Western citizens in the Sahrawi refugees camps in Tindouf, in the Algerian South-West. This kidnapping, warns a survey published lately by the US think tank, “Atlantic Council”, is part of an extremist network threatening the stability in the region of the Maghreb, the Sahel and Africa as a whole. “the settlement of Al Qaida in the Maghreb, specifies the survey, has strengthened its relationship with the Polisario Front, a rapprochement for the least worrying, illustrated by the kidnapping, in last October, of two Spanish and one Italian aid workers, and this in the heart of Tindouf camp”, a camp highly controlled by the Polisario armed militia and the Algerian army.

The writer of this study entitled : « Extremism threatens Africa development», Peter Pham explains that the collusion between the Polisario and Aqmi which is clearly declared, “is not really a surprise” for the observers. From the latter’s view “the young people in Tindouf camps, living without any hope of a better future, constitute a fertile land for Aqmi recruiters, looking for (new) people to support their criminal and terrorist activities”. The deal concluded between the Polisario elements with Aqmi emirs for the kidnapping of the three Western citizens against great sums of money, and the assassination attack with booby-trapped car, recently committed in Nigeria by the Boko Haram terrorist group, against the Nigerian police headquarters and the agents of the United Nations in Abuja, constitute a new concrete proof of the increasing of terrorist threats against the stability of the region. Such acts supports the American expert Peter Pham, constitute also a “significant threat” for the interests of the United States and other Western countries.