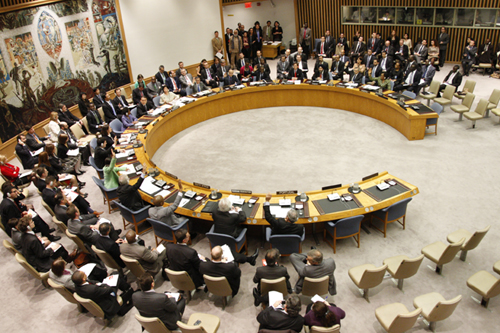 The UN Human Rights Council is being questioned about the humanitarian cases of the two militant Sahrawis, victims of Polisario atrocities and the complicities of the Algerian authority. Intervening at the 18th session of the UN Human Rights Council taking place at present in Geneva, a delegate, from the international committee for the respect and implementation of the African charter on human rights and peoples (CIRAC), has pleaded in favour of the two Sahrawi militants’ rights and liberties. The CDH has thus been contacted by the Committee, on the denial of the right to freedom of expression of which are victims the Militant Mustapha Salma and the poet and singer Najem Allal who were punished by the Polisario security for their only fault of having expressed their opinions which do not keep in with the doctrine and thesis of the separatists.

The former chief of the Polisario police, Ould Sidi Mouloud has been forbidden to go to his home in Tindouf camps for having expressed himself publicly in favour of the Moroccan autonomy plan for the Western Sahara, while his wife and his five children, retained in the camps, are submitted to all kinds of harassment and suffering. Following the international campaign led for his release, the Sahrawi militant was driven away by the Polisario leadership and forbidden to join his family in Tindouf camps, has explained the CIRAC delegate, Aabadila Semlali, who expressed himself during the point 4 debate at the CDH 18th session. Ould Sidi Mouloud, who has been punished for having exercised a universally recognized right, that of the freedom of expression, he  recalls, lives at present in a tent in Nouakchott in Mauritania, waiting to be able to join his family. As for Najem Allal, he is today oppressed and threatened by the Polisario armed militia for having simply refused, through music, to serve as a spokesman of the separatist ideology and to praise the held for life Polisario leaders. He became for the latter guilty of unveiling, through his songs, the corruption of the Polisario nomenclature as well as the hard reality lived everyday by the population taken hostage in Tindouf, on the Algerian territory. Aabadila Semlali has, besides, denounced the agony suffered by the populations sequestrated for more than three decades in the camps managed by the Polisario untenable dictatorship, supported and armed by Algeria. The CIRAC delegate has finally called the CDH to intervene immediately to put an end to these violations, regain the most legitimate rights of Mustapha Salma and Najem Allal. Remains to know if the UN Human Rights Council is strong enough to make Algeria put an end to these flagrant human rights violations committed on its territory by the Polisario armed militia.