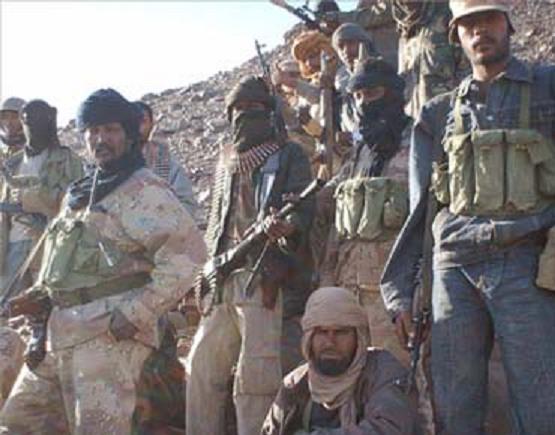 A firearms altercation having opposed in the night of Saturday to Sunday an armed Polisario band to the groups of Malian and Nigerian drug traffickers in a small township next to the Algero-Malian frontiers, continues providing the Malian media, this Wednesday, with information. Unities from the Malian army parking not far from this incident, have received the order to track the traffickers who were fighting each other to get hold of a drug loot of about one ton of Haschich and a hundred kilograms of cocaine. A local executive from Tombouctou (North of Mali) has told us that the Malian soldiers would face all the difficulties to get hold of the drug loot, and even more to recapture the drug traffickers who are on the run, especially those from the Polisario. At present, did he say in a self-assured way, they would have already crossed the Algerian frontiers and would be in a secure place. For the Malian and Nigerian traffickers who know the region and its inhabitants very well, the army has few chances to find them in the vast Malian desert. Even if according to a Malian security source, some photos of certain elements from the three traffickers groups, namely Malian, were obtained and distributed in the region.

The confrontations between these mafia groups ended with the death of four persons and many injured others. The Malian traffickers from the “Hel Akkoury” tribe, deploring the death of two people from them, have succeeded to kidnap three Polisario members, a civil and two military ones among whom the Polisario deputy chief of the 1st Military region of the Polisario Front, known as the patronymic “Hriten Ould Zoudi” and his brother Hiba, himself a non-commissioned soldier.
A member of the army command in North of Mali, the lieutenant Moussa Diakite contacted through phone by the French press agency “AFP”, has declared that “we have deployed the necessary troops to track a ton of drugs and traffickers, among whom those who have been released  and who have made of a part of the Malian desert a place for drug transaction”.
Many elements who have escaped from the Polisario movement ranks, have become arms, drugs and clandestine immigration traffickers. Certain among them have even joined the Islamic Maghreb terrorist network fighters of Al Qaida (AQMI), carrying out their activities in the strip of the Sahel from Mauritania to Niger, passing by Mali and Algeria.
The Sahel strip including Mauritania, Algeria, Mali and Niger has become these last years, the hub for these traffics in all kinds among which the hard and sweet drug traffic transiting through Mali towards Libya by Niger, Chad or towards Morocco and Algeria transiting through the South of Algeria and the Western Sahara. Polisario elements knowing deeply the place and controlling the drill, are very much in demand for this kind of work.