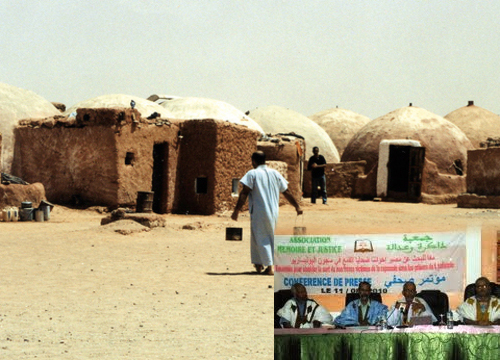 An important question mark on the non-revealed destiny reserved to hundreds of Moroccan and Mauritanian prisoners, still waiting for an answer on the part of the Polisario leadership and Algiers authorities. The families of these prisoners, who were sequestrated in the Polisario prisons in Tindouf camps, since the beginning of the Western Sahara conflict in the 70s, still hope to find the tracks of their relatives the living and the dead. Last Wednesday, the Mauritanian association “Memory and justice” has called the human rights international organizations to act quickly so as to shed light on the destiny of Mauritanian prisoners who have disappeared in the Polisario prisons spread all over the Algerian desert next to Tindouf camps. In a release published on 31st August, “Memory and justice” has asked to be supported in its researches to “clarify the destiny of the prisoners who have disappeared since dozens of years, in Polisario prisons, in the South of Algeria and prosecute the criminals so as to do justice to the eligible parties”.

Thus, the association deplores that the international day for the victims of forced disappearance is celebrated at the time when Mauritanian and Moroccan prisoners are enduring dreadful conditions in prisons. They are victims of unprecedented human rights violations,  physical eliminations without any trial, torture and forced disappearances. Some Moroccan, Mauritanian and International humanitarian NGOs and associations continue their calls to the international community and the UNO and its different bodies, to come to the rescue of those detained in Tindouf camps, being subject of a complete black-out led by Polisario torturers in complicity with the authorities of Algeria, the country hosting the Sahrawi refugees. The Mauritanian association “Memory and justice”, working so that the victims of human rights violations and tortures in Tindouf camps may gain their rights, has hired lawyers to bring an action against Polisario leaders for torture and disappearance of Mauritanians. After exhorting the Polisario leaders to return to the families the mortal remains of Mauritanians and to clarify the situation of collective cemeteries where they have been buried, the Mauritanian NGO, presided by Abderrhmane Ould Mohamed Moussa, a former Mauritanian prisoner in Tindouf camps, has asked last July, a Mauritanian chambers in Tindouf camps to bring proceedings against the persons responsible of these crimes. Moreover, the association deplores the untiring efforts for the creation of an international court to investigate on human rights violations perpetrated by Polisario against its victims and to take legal actions against those who have committed these crimes.