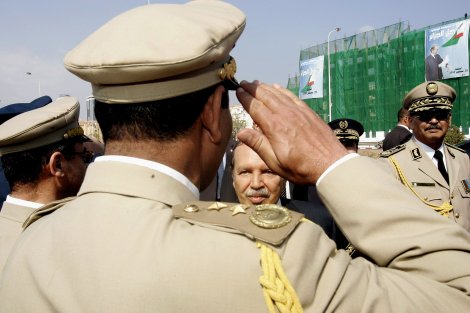 The nature of the reports between the Polisario and the civil and military leaders, having followed each other at the head of Algiers, since the time of the late president Houari Boumédiène, constitutes a real enigma for a great number of observers and experts specialized in Maghrebian issues. What can the Polisario, a separatist movement created by Algerians in the 70s with the so precious and generous support of the Libyan colonel Mouammar Kadhafi, offer to these leaders to deserve this so particular solicitude. The leadership of this movement has been entrusted to Mohamed Abdelaziz, a pure Moroccan, native of Marrakech, who has succeeded to El-Ouafi Moustapha Sayed, assassinated by his people in June 1976 in Nouakchott. With time, Abdelaziz El Marrakchi as was nicknamed by the late King Hassan II, was adopted by the Algerian generals for his docility and his blind obedience to their orders and instructions.

The secret behind the longevity of the relationship between the Polisario leadership and certain civil and military Algerian leaders, explain to us an old diplomat very close to what going on behind the scenes of Al Mouradia, resides essentially in the combined strictly personal interests of the two clans. The Algerian regime uses the Sahara Affair to weaken its neighbour in the West and overshadow its role of leadership in the region and the African Continent. The Polisario elements, well trained to the techniques of the guerrilla, are used when necessary in some special missions as it is the case since recently in the Libyan conflict. Recent information has stated the sending by the DRS (Algerian military intelligence service) of strongly armed Polisario mercenaries  in Libya, to fight against the rebellion, on the side of forces loyal to colonel Kadhafi.
At the top of these interests comes the humanitarian aid intended for the Sahrawi populations in Tindouf camps in the Algerian South-West, and which has always constituted a goldmine as well for the Polisario chief, Mohamed Abdelaziz, his close collaborators, as for certain men well introduced in the Algerian authority.
The misappropriation of this aid is “the joint work of the Polisario leadership and certain Algerian milieu close to the authority”, as stated in  a confidential report by Claude Moniquet, President of the European Strategic Intelligence and security Center (ESISC).
It is for this reason that the Algerian authority, under  pressure of its generals, refuses since the creation of the Polisario, any proposition concerning the census of refugees in Tindouf camps. According to some retained notes in a confidential report of the European anti-fraud Office mentioned by the ESISC, if “the unjustifiable refusal of Algeria” to proceed to this census “may be explained easily taking into consideration the state of its relationship with Morocco and  its need of political propaganda on the question of refugees present on its land,  the refusal of the Polisario, for its part, is mainly due to illegal benefits that the Front leaders manipulate thanks to an overestimation of the number of refugees which allow them, consequently, to get more important humanitarian aid”.
In the Western Sahara affair opposing Polisario to Morocco, explains the diplomat who has wished to remain anonymous, the Algerian generals, to continue taking advantage of the present situation, try with all their force to put pressure on the executive to maintain the statut-quo in this affair and keep the longer time possible the frontiers with Morocco closed. They take advantage not only of the reselling of humanitarian aids but also of millions of petrodollars that the Algerian State spend each year to buy arms and provide for the Polisario militia, finance the opening and functioning of its “embassies” and other representations abroad and bribe the different lobbies to support the separatists’ thesis.