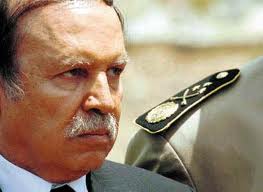 The 8th round of informal negotiations on the Western Sahara has ended on the 21st July 2011 without any sign of progress to reach a final settlement for the Sahara conflict. The reasons of this blockade, according to the League of the supporters of autonomy for the Moroccan Sahara, reside entirely in the Algerian regime which it accuses of undermining all the efforts aiming at peacefully settling this territorial dispute. In a press release published recently, the League has denounced with force the persistence of Algeria to set obstacles for the negotiations on the Sahara, making thus the suffering, of the Sahrawis sequestrated in Tindouf camps in Algerian territory, continue.”The Algerian military regime finds itself involved in the attempts aiming at spreading disagreement and standing permanently on the way of negotiations so as to serve its own agenda” which has led to the forced separation of the Sahrawi families since more than 36 years. The NGO deplores the “silence of the international community” facing this situation, and accuses it of “being responsible of the continuing of human rights violations in Tindouf camps”.

Besides, the league declared itself, totally attached to the ongoing negotiations process taking place under the UN aegis, between the parties in conflict, on the basis of the Moroccan autonomy project.  It has also called the UN Secretary General, Ban Ki-moon, and the international and Arab  human rights organizations  to “push the Algerian regime to stop its control of the Sahara issue and put an end to inhuman practices and serious human rights violations in Tindouf camps”. The League of supporters of autonomy in the Sahara has, furthermore, called the Algerian regime and the Polisario to take profit from the new democratic period, result of the Arab spring in North Africa, to put an end to this artificial conflict. Many diplomats and observers based in the region, believe that the key to the solution resides in fact in the hands of the Algerian authorities hosting and financing the Polisario  and keeping a tight rein on its leaders. These same diplomats and observers reproach also to the Algerian authority the fact of having imposed, since more than 35 years, a real blockade on Tindouf camp, forbidding free access to them by humanitarian and human rights organizations, journalists and international observers.