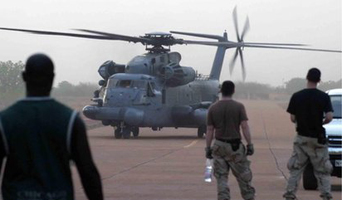 The US anti-terrorist strategy in North Africa and in the region of the Sahel and the regional economic cooperation with the Maghreban countries comes up against the persistence of the Western Sahara conflict. It is imperative for the American foreign policy in the region, supports the American think-thank to immediately find a settlement to this conflict. In a recent analysis, the “American Foreign Policy Interests” magazine believes that at the time when Al-Qaida in the Islamic Maghreb (AQMI) and other extremist groups are reinforcing their presence in the region, the Polisario camps at the South –East of Algeria, are particularly vulnerable with the persons recruiting these groups. Mentioning reports of international organizations such as the UN national centre for struggle against terrorism and the Lawson Center for information on terrorism, the writer of the analysis, Brahim Saidy warnings about this danger is so tangible that the populations remaining in Tindouf camps in an environment where precariousness and despair co-exist and survive only thanks to the international aid.

Published by the National Committee in charge of the American foreign policy, the magazine underline in the same wake, that “the young people who have grown up in these camps constitute thus a prey coveted by criminal organizations and terrorist groups”. And Brahim Saidy reminds in this context that the France Press Agency has recently revealed that “90% of he key members of drug traffickers networks arrested in the region, in December 2010, come from the Polisario camps”.
To reduce these risks of sinking of all the Maghreb and Sahel region under the hold of terrorism, the writer of this analysis believes that it is imperative to federate the synergies of the Maghreb countries and the United States as regard to struggle against the terrorism curse. An approach which should pass, according to Saidy, “by the implementation of a credible and realistic solution for the Sahara conflict” through the Moroccan autonomy plan which is of a nature to encourage a real economic and regional integration.
The Sahara conflict, he ensures, “constitutes a hindrance to American investments in the Maghreb, namely in the sectors of energy, tourism and infrastructures”, knowing that this conflict going back to 36 years, makes the Maghreb countries lose each year not less than 2 points of their GDP in terms of annual growth.