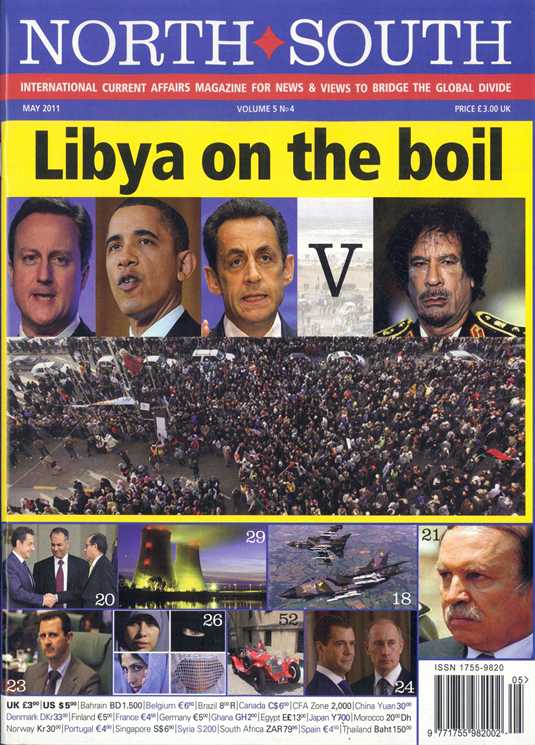 The Algerian authorities are highly embarrassed these last times by the information about the presence of Algerian and Polisario combatants in the field of the Libyan fight. Many credible sources, among whom NATO senior executives, Western media and spokesman of the National Transition Council in Libya, the Minister of justice who has just resigned, Mustapha Abdeljalil Boudjaj. The Libyan rebels have even announced last month, to have killed three elements and to have captured fifteen others during the battles at Ajdabiya. In one of its last editions, the British monthly magazine “North-South Magazine” states the strong suspicions which come to substantiate the idea of a logistic support of the Algerian soldiers and the Polisario Front to the Libyan regime of Mouammar Gaddafi in its repression of the rebellion. The writer of the article, Alan Brown, reminds that the Polisario, which continues benefiting from the support of Algeria, was at the beginning of its creation in the 70s and 80s, financed by the Libyan regime. Certain elements of the Polisario, adds the magazine, have “recently given themselves up to kidnapping foreigners in the region of the Sahel in the name of Al Qaida in the Islamic Maghreb (AQMI)” and have also served as intermediaries for the terrorist organization, taking their commission from the high ransoms required from European countries such as Spain and France, for the release of their hostages.

Alan Brown points out, besides, that Algeria and Syria were the only countries to abstain when the League of Arab States declared to be in favour of the adoption by the UN of the resolution having established the exclusion air zone in Libya to protect the civil people. Algiers authorities, has he added, have, besides, supported with force the “illogical proposition of the African Union to put an end to the Libyan conflict while insisting on a process in which Gaddafi would be a participating and not an excluded party”. The Algerian diplomacy finds itself this way highly bothered by this mercenaries’ affair in which are involved some Algerian citizens and elements from the Polisario which is taking refuge in Tindouf camps in the Algerian territory.