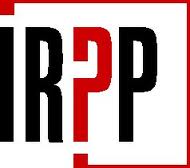 Sahrawis’ anger  trapped between the Polisario militia and the Algerian services inside Tindouf camps, keeps increasing. The blocking by the Polisario and Algiers of the negotiations process on the Western Sahara keeps feeding this grumbling. At the image of the dissident Mustapha Salma, Sahrawis’ voices in favour of the autonomy plan for the Sahara systematically suffocating inside Algerian camps in Tindouf.
This situation denying the more elementary right to the freedom of expression and the freedom of movement, has been deplored by many international NGO, among which Amnesty International and HRW.

Actually, it is the American institute IRPP which joins this wave denouncing the abuses committed by the Polisario against the Sahrawi populations on the Algerian territory. The IRPP coordinating the efforts supporting the victims of persecutions and promoting human right, considers that these violations are unacceptable and should be the subject of international independent investigations. Being conscious of the regional stakes that may make the Sahara conflict last, the IRPP attributes this deadlock to the Algerian leaders. For the American think tank, Algiers benefits from the oil incomes to try to weaken Morocco and make the unbearable status quo, dangerous for all the region, last. In this context, the independence option that Algiers tries to impose through the Polisario “is not acceptable and even less viable because the world does not want another Somalia in Africa”. An option rejected by the majority of Sahrawis in Tindouf who see in the creation of a micro-state at the Western Sahara the threat of an insecurity, precariousness and instability place for all the region.