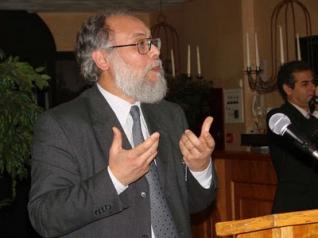 The destiny of the children sequestrated in Tindouf or carried to Cuba arouses the increasing interest of associations. It concerns the international group of associations “Almohagir” and an association called “women’s movement in support of the sequestrated in Tindouf camps” which has been created on Thursday, in Dakar, at the 11th World Social Forum (WSF). These associations committed themselves to defend children and women sequestrated in Tindouf camps in the South-West of Algeria. “Almohagir” pleads for the “quick and unconditional” release of all the Moroccan Sahrawis detained in Tindouf camps and the return to Morocco, the “homeland”, of all those who were carried by force to Cuba.
In the “Dakar Appeal”, launched on the occasion of their participation to the 11th WSF in Dakar, the members of this group of associations invite all the NGOs and the international bodies to guarantee the freedom of expression and movement to the families sequestrated since decades in Lahmada camps. Settled in the territory of Algeria, signatory of Children Rights Convention of 1989, these camps have become a land of no-right, where violence appears as a management system denounced by Almohagir.

“the Almohagir” group claims also the opening of an international investigation on the atrocities (kidnappings, rape, carrying of children to Cuba), traffics (misappropriation of human aids, arms, human organs, slavery…) and the human rights violations in Tindouf camps where poor  children and families are the first victims.
Created in 2007 in Paris and gathering associations present in dozens of countries, Almohagir underlines in this call, the fact that hundreds of Sahrawi children are taken by force, each year, from their families and carried to Cuba. They are deprived, adds the group, of the most fundamental human rights such as health care, education and training. The identity of these children “is thus dashed, their childhood confiscated, their dignity violated and their future signed away”, denounces this group.
On its side, the « Women’s movement supporting the sequestrated in Tindouf camps » commits itself to grow the international public opinion’s awareness towards the case of Moroccan Sahrawis retained against their will, in Tindouf camps, by the “Polisario” militia and their Algerian supporters, in inhuman conditions.
For the movement, these persons are retained against their will in the camps and do not enjoy the position of « refugees » on the opposite of what the Polisario and Algerian authorities’ propaganda makes the international public opinion understand.