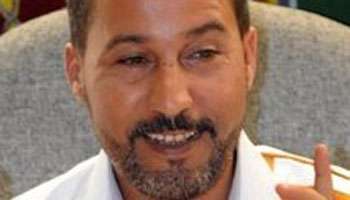 Transformed into an open air prison, Tindouf camps are submitted by the Polisario military junta, to a real blockade. Nothing, absolutely nothing, neither men nor animals or goods, can enter from and to the camps without the consent of the Polisario militia, with, of course, the right of checking granted to the Algerian military intelligence services. Even inside the camps, the slightest movement or gathering of the populations is made known to the Polisario leadership. As he has lived from his childhood in these camps, Mustapha Salma Ould Sidi Mouloud who knows the workings in the camps, rebelled against this state of siege. He even made a courageous public declaration last summer in favour of the Moroccan autonomy plan for the Western Sahara, to the great displeasure of the separatists. He who was arbitrarily moved away from his five children and wife, who remained in Tindouf, militates actually in favour of freedom of expression and the dignity of thousands of sequestrated Sahrawis in these camps of shame.

For this former Chief of the Polisario police, those pretending to lead the Sahrawi population and negotiating on its behalf, are not representing at all the Sahrawis suffering in the camps “under the control of the Algerian military security ”. Mustapha Salma Ould Sidi Mouloud, set up temporarily in Mauritania, as stated in a phone press conference organized on Tuesday in Rabat, by “the forum supporting the Tindouf autonomists”. Were present to this conference, representatives of human rights NGOs and members of the Sahrawi militant’s family and the Sahrawis sequestrated in Tindouf suffering from everyday repression and atrocities, absence of freedom, lack of food, medicines, and are living in inhuman and indecent conditions. The Polisario leaders, states Mustapha Salma, have caused lots of suffering to this population which has become for these leaders “a business” allowing them to beg and collect international aids. Ould Sidi Mouloud has, moreover, underlined his availability to continue the struggle till the achievement of his right to freely choose the destination where he wants to settle, praising the support from which he has benefited inside and outside Morocco.