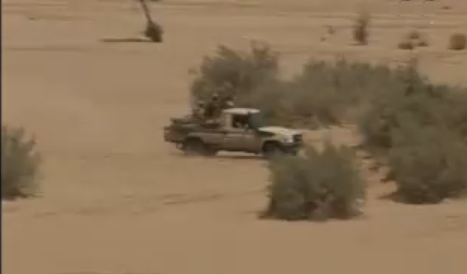 The breaking up by the Moroccan security services of a terrorist section related to AQMI, in the village of Amgala in the Western Sahara, is a sign of determination of the terrorist network to extend its operations outside its traditional triangle at the boundaries of Algeria, Mauritania and North of Mali. A will confirmed by the important number of the broken up section members (27 persons) and the arms found in three hiding places in Amgala, located at some 200 km from Laayoune. AQMI which till now spared Morocco from its operations, seems to have been put now in the agenda of the terrorist group. Especially that the broken up section was supervised by a Moroccan living in the AQMI camps, in the North of Mali. The seizure of an important lot of arms in a  town within the Western Sahara, confirms also the AQMI connection with the Polisario Front through all kinds of traffics prospering in this area. These contacts were many times pointed out by the Western intelligence services which are getting worried about the increasing involvement of traffickers in kidnapping Western hostages, operations which responsibility was claimed by AQMI.

The arrest, in last December, by the Malian and Mauritanian security forces, of twenty drug traffickers, belonging to Polisario ranks, has succeeded in convincing the most sceptical people of the increasing porosity of the relationship between AQMI and the independence supporters front. After these arrests, the Malian and Mauritanian security services were able to know that the drug traffickers were also providing the AQMI groups with rations and arms. They also participated in the hostages kidnapping operations, as was the case of Omar Sahraoui, a Polisario veteran who had organized, on behalf of AQMI, the kidnapping, in November 2009, of three Spanish people working in the humanitarian field,