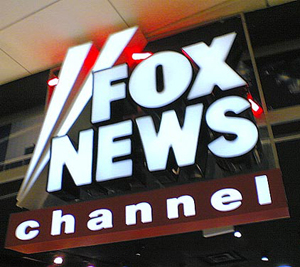 The nebulous terrorist group Al-Qaida in the Islamic Maghreb (AQMI), after having chosen to settle in the Sahel, is looking at present to strengthen its bases and extend its action area. According to an American TV, AQMI would be after finding an entrance to the Atlantic through the Sahara, by offering its services to the Polisario. To get a direct access to the Atlantic Ocean means to have a direct communication path with the outside world which would make easier the traffic of arms and drugs. The Fox News information channel has specified in a program broadcasted on Friday, that this ambition is most of the time “caused by the militants of this terrorist group in the on-line discussion forums”. According to Fox News, AQMI which operates in the Sahel countries and North Africa has set a strategy which aims at infiltrating the Polisario by offering its services to the latter. A great number of Western media and experts have recently talked about a real connection between the nebulous terrorist group and the Polisario Front which find their interest in drugs, arms and illegal immigration traffics. Their collaboration covers also operations related to the kidnapping of Western citizens in the  Sahel region.

Mentioning the North African intelligence services, Fox News reminds that not less than fifty nine (59) leaders and members of the Polisario have been recently involved in AQMI activities. After having succeeded to enter the Sahel territories, such as Mali, Mauritania and Niger, the AQMI network, explains Walid Phares, a consultant in Fox News, has undoubtedly shown its interest in making its recruiting cells move in the Sahara (…) to achieve its unrevealed aim in establishing new bases in the region. The objective is to create a zone which would form an alliance with Somalia or Yemen, according to Walid Phares, also eminent member of the Foundation for the Defense of Democracies, based in Washington. On his side, Steve Emerson, Executive Manager of the Investigation on Terrorism Project (IPT), has declared to the Fox News, that AQMI constitutes a real danger for the West and the United States which interests are often taken as goals. It concerns here a new war front for the United States, which requires an aggressive counterattack. According to the two experts, the American administration is aware about the threat represented by AQMI for all the region in terms of recruitment and coordination”. The analysis made by Fox News sheds light on the necessity to continue the negotiations about the Sahara to serve the peace cause.