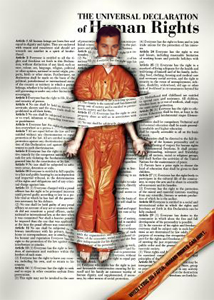 The disappearance of Mustapha Salma Ould Sidi mouloud, former Polisario police chief, is worrying more and more the international human rights NGO and especially his family and his relatives who do not have any news about him. Following some contacts made with the missing person’s family and the HCR, the only organization which could get in touch with Mustapha Salma and his jailers, Human Rights Watch has called, this Wednesday, all the Polisario leaders and Algerian authorities to authorize the contact between Ould Sidi Mouloud and his family. Since his kidnapping, on last 21st September, this former executive of the separatist movement, accused of betrayal and espionage for the benefit of Morocco, has no more shown any signs of life. He is imprisoned, according to non-confirmed informations, in a secret place near M’hériz. Other sources from the Tindouf camps say even that  Mustapha Salma would be injured with bullets during an escape attempt. « the Polisario Front should allow the family of Mustapha Selma Ould Mouloud (…) to get in touch with him », has insisted the American humanitarian organization HRW in a report published on Wednesday. Even if the Polisario Front has declared on October the 6th, to have released Ould Mouloud, he is still confined  outside M’hériz (next to the frontier with Mauritania), while the UN Agency for Refugees is working hard to get him transferred to a country of his choice, has specified the Human Rights Watch Organization.

Ould Sidi Mouloud who claimed publicly on the last August 9th, in Smara, in the Western Sahara, his support to the autonomy plan proposed by Morocco, has been arrested half-way from Tindouf camps, where he intended to join his wife  and five children. He was arrested and put behind bars by the Polisario militia which were afraid that  Mustapha Salma would, at his return from the Tindouf camps, spread among the Sahrawi refugees populations, his new ideas in favour of the Moroccan autonomy plan. According to some information collected by HRW, the Polisario pretends that it collaborates entirely with the HCR to resolve the situation of Ould Salma. But the latter, as stated by HRW, remains confined in the desert for six weeks, obviously because of his political opinions and to be kept away from his family. The American organization for human rights deplore the inexistence of foreign observers on field, to make sure whether Mustapha Salma is humanely treated. But what a great number of international NGOs ignore, is that Mohamed Abdelaziz, the so-called Secretary General of the Polisario Front and his accomplices, do not move unless with orders from the famous Algerian security and intelligence Department ( military intelligence service. A word to the wise is enough !