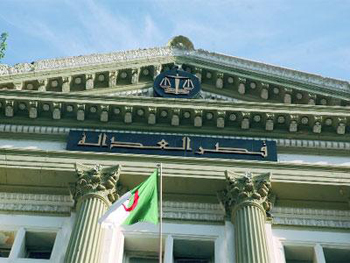 Since when Algerian military courts give themselves the right to judge and condam Sahrawis in Tindouf ? This is the big question asked by the Chioukhs of the Rguibat lebihat tribe and its component the Sellam, whether in Tindouf or in the Moroccan Southern provinces.
Members of the Sellam tribe are, since the arrest of Mustapha Salma Ould Sidi Mouloud, former Polisario police executive, the preferred target of the Polisario security in Tindouf camps. The kidnapping of this dissident has completely changed the nature of things in Lahmada. Since the declaration made publicly by Ould Sidi Mouloud about his support to the Moroccan autonomy plan and his intention to defend it in the camps, the separatist movement leadership feels very distrustful towards the Sahrawis belonging to the Rguibat tribe.

Polisario has received as orders from the Algerian security and intelligence services, to close the net around members of this tribe. This week, three young Sahrawis have been arrested and imprisoned among a group of 45 persons following a common incident between two members of the Rguibat tribe, one among them belongs to the Sellam tribe. It concerns the young mahjoub Ould Habbou Ould El Mahjoub, Aziz Ould Mohamed Ould Said and Mohamed Ould El Bachir Ould Ali. They were condamned to three years imprisonment by an Algerian military tribunal in Bechar, as we have learnt from our sources in Tindouf camps.
After their being arrested and facing the refusal of the Polisario security to release them, dozens of young people from the Sellam tribe have organized a demonstration and have attacked physically the Polisario militia. The chioukhs from the Sellam tribe in Tindouf have immediately denounced this sentence, thinking that the judgement of the three young Sahrawis by an Algerian military tribunal constitutes in itself a serious violation and unveils the involvement of Algeria in the management of the Saharaissue.
Moreover, eleven  other young Sahrawis have been arrested among the demonstrators and sentenced to three to five years imprisonment. But under the pression made by the Sahrawis protesting outside against this arbitrary and exaggerated sentence, the latter has been reduced to three year for all the detained people. The 11 accused left the place serving as a tribunal,  being bound before unbiding them once the convoy has left the place.
Facing the persecutions  to which the Polisario subjected  members of the Sellam tribe, notables and chioukhs of this tribe, settled in the Southern Morrocan Provinces, would meet this Thursday 7th October, in Smara to discuss the response to give to the Polisario provocations. Those are but apparent indications of the deep agitation shaking the Polisario leadership. The latter is preparing itself to the worse in the coming days.