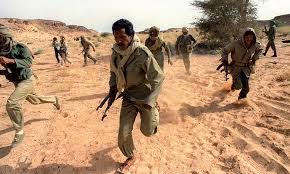 The Sahrawi populations in the Tindouf camps do not nurture any hope about the current visit of the UN mediator Christopher Ross, whose attempts proved fruitless once again as he failed to snatch the Polisario out of Algeria’s influence and consequently to bring the Western Sahara out of the stalemate.

According to informed sources in the Tindouf camps, the Polisario leadership received strict instructions from the DRS, the Algerian military intelligence services, which are handling the Polisario’s dossier, not to yield to the UN envoy. Christopher Ross is attempting to get the Polisario to the negotiations table with Morocco. Ross’s objective is to resume the political process under the aegis of the Security Council, which invited the various parties to show “realism” and “a spirit of compromise.”

However, Algeria does not take the same view. The strategy the Algerian military regime imposes on the separatist front, which is headquartered in Algeria, financed by Algeria and armed by Algeria consists in rejecting any compromise proposal. And of course, the main proposal alluded to is the autonomy plan proposed by Morocco to settle the Western Sahara conflict.

The Moroccan proposal has been described by the Security Council as “a serious and credible basis” for the settlement of this regional conflict that hinders the construction of an integrated Maghreb space.

Instead, Algeria seeks to impose the creation of a Sahrawi state, placing forward the Polisario, whose claim that it represents the Sahrawis is challenged from all sides. Moreover, Algeria’s pressure to establish a state in Western Sahara raises the worries of all major world capitals that fear the creation of a failed state in a volatile region.

The United States, France, Spain and other members of the Security Council, all see in the project of Algeria and the Polisario a sequel of the perennial rivalry between Algeria and Morocco. Moreover, maintaining the tension could destabilize a region already threatened by jihadist and separatist groups which are sowing disorder and insecurity in a large part of the Sahel and the Maghreb.