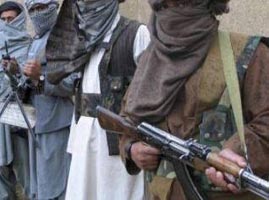 It is no doubt for international strategists and experts, as it is the case for the chanceries of the important powers present in the Maghreb and in West Africa, that the zone of the African Sahel, a desert and arid region covering about five million square km, from the Atlantic to the Red sea, has become, along the years, a large land susceptible to all non-controlled dangers where are present all kinds of mafias, well known crimes, fundamentalist proselytism  and trade infecting all the regions, starting from Mauritania till the Sudan, crossing Mali, Niger, Chad and South of Algeria.
This desert no man’s land, unstable and out of all control, sheltering unlawful trade, illegal immigration, networks for smugglers, market for different weapons and encouraging, if necessary, all the mafia stream of the Sahel, as well as the internal rebellion of Tuaregs  from Mali, Niger and Chad, the salafist and jihadist fighters from the Salafist Group for Preaching and Fighting (GSPC) and the Al Qaïda of the Islamic Maghreb (AQMI), as well as the small groups of  fundamentalists moving in their orbit.

It is in these swaying sand where alliances  and drugs transactions are made (heroin from the East of Africa), weapons, smuggling (cigarettes, alcohol, currency…) and clandestine immigration towards Europe, kidnapping of foreign citizens, slaves trade, etc. The climax of all this situation is the objective meeting and the real collusion between the Polisario, the armed hands of Algeria, and the AQMI, the war instrument of Al-Qaïda.
The reports from international organizations are very alarming because they put the emphasis on proved connections between drug, smuggle, crime and terrorism channels which dangerously threaten the stability and security of all the Sahel and Maghreb region. It is in this explosive game that AQMI and the Polisario are distinguished and are at the top, making a kind of typical subversion front. The concerned movements do favour to each other to pass drugs, weapons, clandestine immigrants and smuggled products and sometimes, even, lead jointly some operations to attack convoys, kidnap foreigners and do some trade at high level.
Thus, the drifts are real and we have to fear the worse with the reinforcement in power of the Al-Qaïda network in the region which makes of the Grand Sahara and the African Sahel, its new ground to look out for predilection and struggle by making of local rebellions and secessions an instrument used to destabilize the states in the region, to weaken the geostrategic stability of the region and threaten dangerously the security of the countries in this part of Africa and also of the Maghreb.