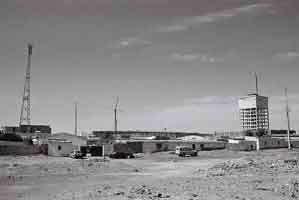 What happens in Tindouf “Sahrawi refugees” camps, in the Algerian South-West? The question deserves to be asked, as there are so many echoes and testimonies that talk about arrests made by the Algerian security departments, during the last weeks, of many opponents of the Polisario leader within Tindouf camps. These operations come in reprisal to the huge movement of internal dissidence, even if it is still under-structured, in the Polisario, blaming the Polisario leadership and its frozen and obstructionist policy in negotiations with Morocco.
In fact, some voices, more and more strong and daring, have started emerging, in contest and dissidence to the hard and hermetic line of the Polisario leadership which does not allow any internal discussion or critics concerning the camps’ future and to the pursuit of negotiations with Morocco.
The first of these movements is Khatt Achahid, the Martyr Line, and its different factions. Other dissident movements exist and try to get organized, but they are severely suppressed by the Polisario militia and by the Algerian military Security. Within this oppression environment, cellular phones are systematically forbidden and confiscated, with arrest in the first place, violent questioning and sometimes torture by the elements of the Algerian military Security departments. Many Sahrawi opponents have been thus arrested and hidden, while the remaining militants are wiretapped by the Algerian information departments.
It is thus that the Polisario militia has prevented the coordinator of the dissident “Polisario-Khatt Achahid” faction in Tindouf camps, Fadli Baba Jouli, from entering camps. Within this context, it should be reminded that the last meeting of Madrid about the Sahara, organized last May by some Spanish public universities that have been the scene of violent diatribes against the Polisario leadership and its head, Mohammed Abdelaziz. During this politico-cultural demonstration, the coordinator in Spain of the dissident “Polisario-Khatt Achahid” movement, Mahjoub Salek, has severely criticized the Polisario leadership and has stigmatized Algeria’s ambiguous position about the Sahara conflict.
It should be also reminded that the dissident Salek had shouted at the Algerian Ambassador in Spain, present during this session, in these words: “If Algeria wants that Sahrawi people remain forever in Tindouf camps, it should at least improve their life conditions!” . Moreover, the other Sahrawi militants who have participated in this meeting have called Morocco to “cease any negotiation with the Polisario as it does not represent the Sahrawi people of Tindouf”.
One of them, Abderrahim Berdiji, a Sahrawi activist living in Spain, has loudly and strongly rapped out that there had been “many Sahrawi currents and movements who refuse to be represented by this junta leading the Polisario, and who claim themselves a say in the matter and a place in the negotiations table in order to find a solution to this conflict having lasted too much!”
The question since then is as follows: what does the Polisario represent in fact? In addition, how can it claim for a long time the exclusive right to represent the Sahrawi people of Tindouf?