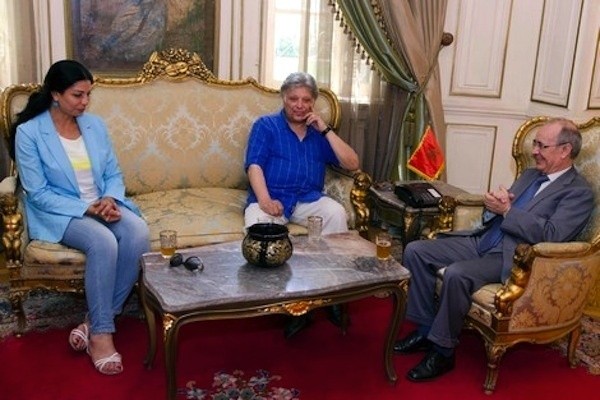 The Algerian media which are in disarray and which seek any opportunity to vindicate the Polisario do not hesitate to manipulate information to serve their own ends.
Egyptian actress Sawsan Badr was one of the victims of such manipulations during a short trip to Algiers. She was visiting the North African country along a group of Egyptian actors to attend a professional theatre festival.
On the sidelines of the festival, the Egyptian artistic delegation has been invited to an event supposedly celebrating “World Africa Day” on May 25. However, once on the spot, Sawsan Badr and the other Egyptian actors realized that the event was held rather to serve a “special agenda,” as evidenced by the presence of a large delegation of the Polisario Front. So, they left the premises straight away.
The Egyptian actress said that as soon as she arrived at the event, she had been surrounded by Algerian journalists who assailed her with questions on Western Sahara and the Polisario and that she declined to give them any answer or comment on this issue.

However, the following day she noticed that the Algerian media had manipulated her statements to make her appear as someone supporting the Polisario Front and its separatist thesis. This is “a pure lie,” she insisted.
Sawsan Badr asserted that she had not touched on any topics related to the Sahara conflict opposing Algeria to Morocco.
Upon return to Egypt, Sawsan Badr rushed to the Embassy of Morocco in Cairo, to present to ambassador Saad Alami her “official apologies” to the Moroccan people following the Algerian media’s “irresponsible and unacceptable behavior” that tarnished her trip to Algeria.
A video circulating on social networks and in the Algerian e-media shows clearly that actress Sawsan’s alleged statements are just a beginners-like montage made up of sentences taken out of context. It is surely the feat of some Algerian media, well-known as being in the pay of the Algerian Generals and power.