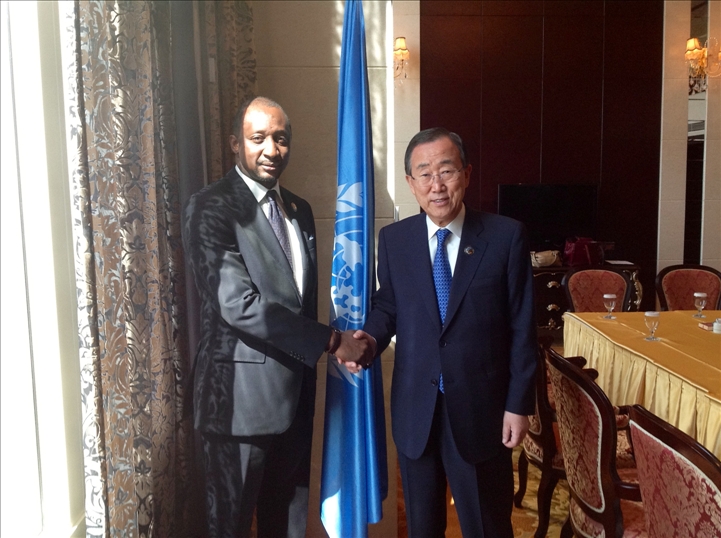 Mali, which was under the influence of the Algerian regime in the war against Al Qaeda networks in the Sahel, has just confirmed once again the participation of Polisario fighters as mercenaries in the ranks of the terrorist groups that had Northern Mali under their control before the French military intervention.
Malian Minister of Foreign Affairs, Tieman Coulibaly, confirmed last Friday in New York the participation of armed elements from the Tindouf camps in the activities of the Movement for the uniqueness and jihad in West Africa ( MUJAO) in his country. MUJAO is an offshoot of AQIM, also based in northern Mali.
“Polisario elements from the Tindouf camps have been identified with MUJAO fighters operating in northern Mali,” Coulibaly said after talks with UN senior officials.

“We know that Polisario militia members had been recruited to fight as mercenaries with the MUJAO criminals” the Malian official said, adding that these mercenaries are paid “monthly salaries ranging from 200 to 600 Euros, depending on circumstances and situations.”
“The porosity of our borders which are very long, difficult to control made these infiltrations in Malian territory quite easy,” said the Malian official.
The mercenaries are attracted by the generous financial rewards offered by the terrorist groups’ recruiting networks.
Tieman Coulibaly warned against the destabilization risks facing the region and said the actions of the extremist networks not only threaten Mali, but the entire region and even countries beyond the Mediterranean.
When you know that 70% of the young Sahrawis in the Tindouf camps are unemployed and live in total despair, a €600 pay is seen as a godsend.
As explained by a U.S. expert who crisscrossed the region, most of these young people yield easily to temptation and seize whatever opportunity to escape the Tindouf camp. When they join the Malian front they are immediately recruited by one of the terrorist groups operating there.