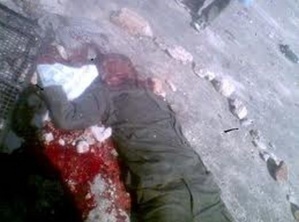 The verdict of Gdeim Izik’s trial was announced late in the night of Saturday, February 16. After several postponements and a week of tense hearing, the verdict of the 24 defendants was made; much to the relief of the victims’ families whose grief may now begin.
The Permanent Military Tribunal of the Royal Armed Forces sentenced 24 defendants to prison terms ranging from 2 years to life imprisonment for gang formation, violence on security forces leading to planned death and mutilation of their corpses. No death penalty has been imposed, contrary to what some observers feared.

The Gdeim Izik events date back to November 2010 in Morocco, when the Moroccan authorities tried to dismantle an illegal camp few kilometers away from the Western Sahara capital, Laayoune. Sahrawi activists gathered to protest and demand the improvement of their socio-economic conditions. After days of negotiations with the camp’s representatives, authorities have suffered violent attacks from the Saharawis when they tried to dismantle the camp. These attacks turned into a riot swamping the city of Laayoune, where several shops and government offices were looted and burned. The human toll has resulted in the death of 11 members of the security forces in inhumane conditions, and 70 wounded. The authorities were overwhelmed trying to avoid direct conflict, as well as by the number and the violence of Sahrawis carrying melee weapons.
The security forces have maintained peace between the victims’ support committee, and the defendants’ support committee, as well as a safe access to court for domestic and international observers, and provided independent translators in four languages. In accordance with Moroccan law, Article 3 of the Military Code of Justice was seized in case of the attack and death of members of the security forces in duty. The military court’s jurisdiction is limited depending on the act and not on the status of the person committing the act. In accordance with Article 87 concerning the creation of the Moroccan military court, the defense has 3 days to lodge an appeal.
Although some NGOs such as Amnesty International (AI) have criticized the trial of civilians before a military court, others such as the Leadership Council for Human Rights (LNDH) welcomed Morocco’s commitment to the rule of law. In addition, observers have noted that statements from the MEP Willy Meyer, a member of the Izquierda Unida (IA), whose party is a strong advocate of the Sahrawis, were oddly measured. A report from the French Association of the Promotion of Fundamental Freedoms (APLF), a group of observers led by the jurist Christophe Boutin, also said that the Moroccan judiciary complied with the rules and procedures for a fair trial.