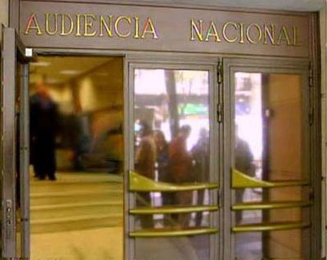 The trial proceedings started by the Spanish High Court, the highest court in Spain, following a complaint filed five years ago against the Polisario leaders for genocide and serious violations of human rights, are closely followed in the refugee camps in Tindouf.
On November 22, the judge of the Central Tribunal of Instruction N° 5 of the Spanish High Court, ruled admissible the complaint filed on December 14, 2007 by victims of the Polisario and a Sahrawi NGO against senior Algerian political and security officials and heavyweights of the Polisario leadership. They are prosecuted for “genocide, torture, forced disappearances, illegal detention and serious violations of human rights” in the camps of Tindouf in south-western Algeria.
According to the victims’ lawyers, José Manuel Romero Gonzalez and Carlos Sancho de la Calle, 28 defendants will be prosecuted by the Spanish High Court. Most of these defendants have fled the European space after they heard that a complaint against them had been filed, the lawyers said.

The opening of this trial is a “huge victory” for the victims and for universal justice,” said lawyer Romero Gonzalez, at a news conference in Madrid. He also revealed the existence of “eyewitnesses and documented evidence” clearly showing the involvement of the alleged authors of the crimes committed in the Tindouf camps since 1979.
The complaint was filed on the basis of investigations conducted in Morocco’s southern provinces by several members of the Spanish bar, who had heard testimonies from about 50 people and seen the scars of torture on the victims’ bodies. The complaint is supported by medical records issued by international experts who examined the physical and psychological condition of the victims. Some 76 of these victims live in Laayoune.
The Polisario victims, who are still alive, had made, before the Spanish media and international press accredited to Madrid, moving testimonies about their sad experience in the Polisario jails scattered in the Algerian desert.
Other victims such as human rights activists Dahi Aguai and Saadani Maalainine, daughter of the late Sheikh El Wali Slama, emblematic member of the Polisario, had also delivered damning testimonies about the suffering and humiliation inflicted on a number of Sahrawis. If the trial proceedings go to the end, the trial will have heavy consequences for the Polisario torturers and their Algerian mentors.