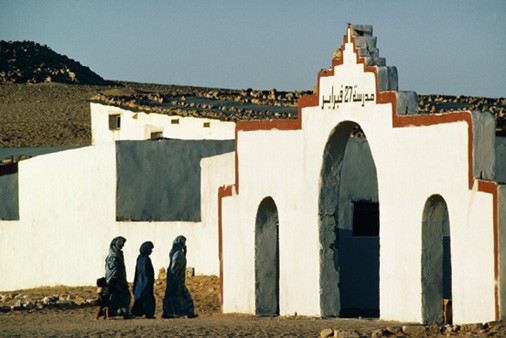 The ill-intentioned manipulations of the Polisario separatists are legion. The Canary-Sahrawi forum well informed about these plots, has called the civil society and the Spanish press to cease being manipulated by “a Polisario which knows perfectly well that what’s going on with the aid workers (kidnapped in Tindouf) is the result of its negligence”. Obviously, in this kidnapping affair, the forum specifies that “we can not also elude the responsibility of Algeria, giving into consideration that the incident happened on its territory”. The two Spanish humanitarian workers Ainoha Fernandez, Enrico Gonyalons and the Italian Rossella Urru, have been mysteriously kidnapped on 23rd October, in Rabouni camps, in the South-West of the Algerian territory, an area strongly controlled by the Polisario armed militia and placed under the control of the Algerian army. The forum, which is an association regrouping citizens from the Moroccan Sahara and Canary Islands, has launched a call to the Polisario leadership inviting it to rather “deal in priority with the release of the Spanish aid workers kidnapped in Tindouf camps” and whose destiny is always unknown, one week after their kidnapping. The forum also denounced, in a release published on Monday, the fact that “the Polisario pretends to be convincing the public opinion about a series of demands concerning the Western Sahara, while it is not even able to control its proper perimeter (Tindouf refugees’ camps).

The Forum reproaches also to the Polisario leaders to be arbitrarily defending the access to the camps of refugees in Tindouf to employees of specialized UN agencies like the HCR and the UN Agency for Refugees (ACNUR) wishing to go there to evaluate the human rights situation and to take a census of the Sahrawi populations so as to better channel humanitarian aids which are intended for them. These agencies are not the only ones to complain about the restrictions and hindrances imposed on them by the Polisario and the authorities of the hosting country. Many humanitarian associations and human rights NGOs as well as journalists have trouble to get an authorization from Algiers authorities to go to Tindouf camps and move freely there. A systematic blockade is imposed since 35 years to these camps where nothing can enter or get out of there without the Polisario and the Algerian security services’ approval.